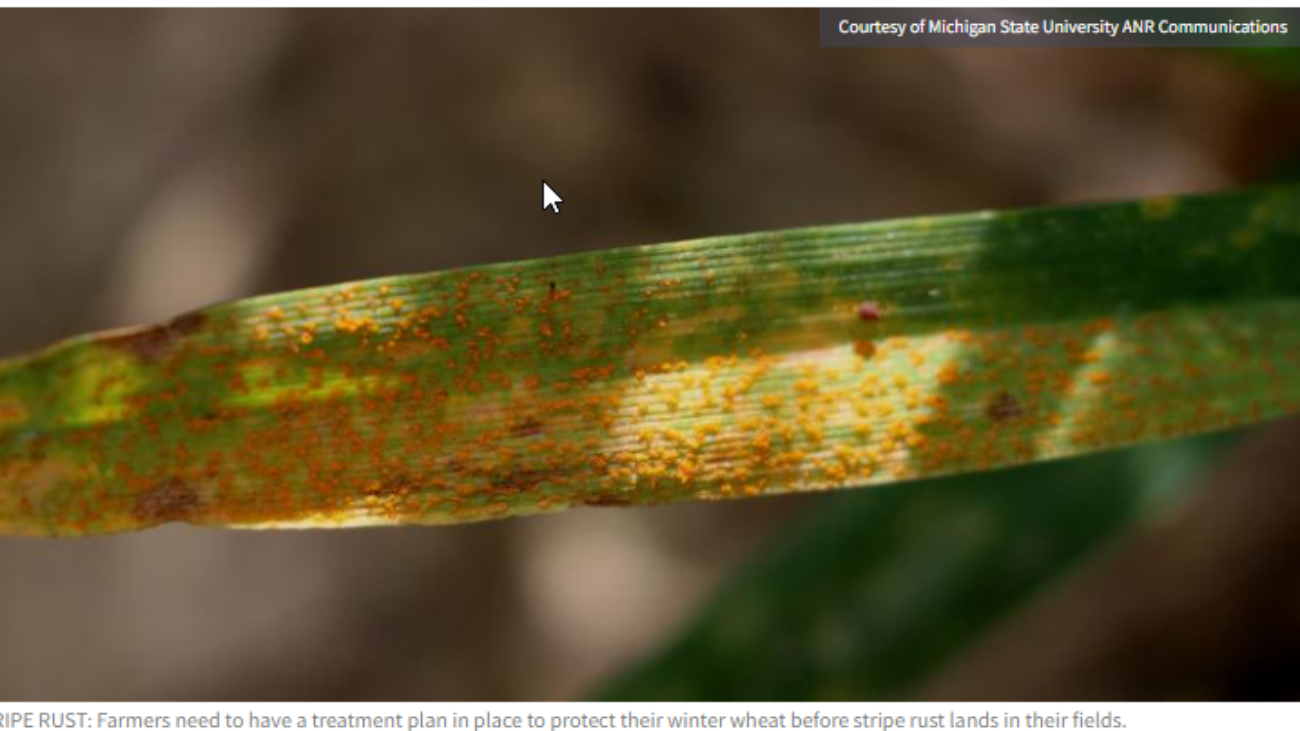 Now that we have finally gotten rain I wanted to speak to you with a little clarity about disease management and winter wheat as we continue to develop.  I do not want to give the impression that I believe we are out of the woods on moisture needs. My main emphasis will be pathogens as it relates to weather.  I will also look at plant physiology and ultimately grain protein.

First, looking south helps us predict rust outbreaks in Kansas.  Since this disease spreads via spores then we need favorable conditions to the south for the disease to proliferate.  Looking at the weather in the southern plains the fall and early spring has been very dry. As I have mentioned before environment is a crucial component of the disease triangle. In looking at points south and discussing with pathologists in OK and TX the indices of rust has been minimal as we would expect.  This in turn can and will have a direct impact on our rust pressure.  This is not to say there will be no rust it just means that the likelihood of widespread infection is minimized.  Understand that micro climates can play a role as well. Spore formation was not eliminated just decreased. If we have favorable environments such as this week, the disease can blow up.  Second, we continue to have more and more acres planted behind corn and milo stalks.  Fusarium head blight is becoming more and more of a problem as a result.  This disease does not happen until flowering. In this case the inoculum is here we just need a warm moist environment during flower for it to proliferate.  This is becoming a significant disease in the eastern half of the country where there is typically for more humidity during flower.  Typically a delaying the treatment until closer to flower is more appropriate.  While we will be seeing heads soon we will need to manage pathogens as well.  Never assume that there will be no disease pressure.  My purpose here is not to sound an alarm just to educate on the realities of what we are dealing with this year.  Understand if this type of weather persists then we could have some localized disease pressure. If we go back to the previous pattern then not so much.

I will now talk about winter wheat and protein accumulation which is a product of the physiology of the wheat plant.  Nitrogen is a common element of both protein and amino acids in a plant.  It has been shown through research that delayed Nitrogen top dressing actually regulates gene expression related to N metabolism and protease synthesis in the flag leaf.  This in turn will result in more free amino acids being transferred to the endosperm and the kernel itself.  In a nutshell late applications of N can and will help unlock the genetic potential of the plant to accumulate more protein in the grain.  Normally applying late applications of nitrogen can and will result in some phytoxicity.  This is not acceptable if the flag leaf is emerged. Therefore, it is best to look at a safer product such as urea liquor (Chrome). Not only is Chrome a Urea Liquor but it so much more. This product also has Organic Acids, sugar and other compounds to ensure crop safety and optimal uptake.